the dance of cycling – currently not touring 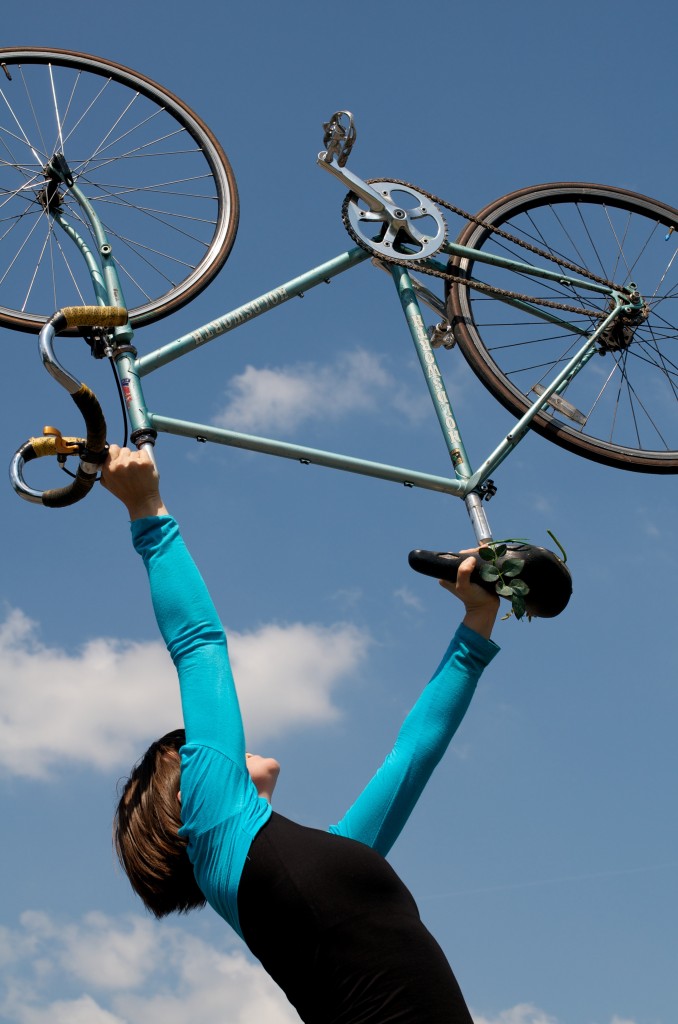 Weaving through traffic and meandering pedestrians, bicycles dance to the pulse of the city.  ‘the dance of cycling’ celebrates the joyous, playful, chaotic, sometimes treacherous (& possibly fictional) world of synchronised cycling, with a fast paced contemporary choreography of striking imagery, visual spectacle and comedy.

‘the dance of cycling’ is choreographed by Janine Fletcher and the cast, with additional direction by David Bernstein of Strangelings, and a sumptuous soundtrack ranging from jazz and samba funk to the orchestral and elevatoresque by Ollie Aylmer, featuring tracks from the Tru Thoughts label.  Conceived and produced by Karen Poley.

A 2 hour workshop is available alongside the show, for up to 20 local people to work with the cast to develop a routine to perform as part of the show.  Click on the Participation button below for further details.

‘I really liked it.  It was a charming, witty and refreshing piece of outdoor performance and I was gripped.’  Nicki Street, Fools Paradise

‘Highly original, visually beautiful and an intriguing narrative on our times.  It was a real hit with the audience.’ Dave Buxton, Artistic Director, Devizes International Street Festival.

‘The show is a joy, it attracted a huge crowd and captivated kids and adults alike, a great soundtrack and truly engaging performance – I watched it twice in a row’ Claire Teasdale, Joint Festivals & Event Manager, Bristol City Council

‘I thought it was a lovely show.  There were moments of genuine elegance and others of real absurdity and downright silliness – really nice contrasts.’  Stewart Collins, Artistic Director, Henley Festival

‘I really enjoyed it – my 9 year old son was completely memsmerised.’ Audience member

This entry was posted in Productions-cat. Bookmark the permalink.