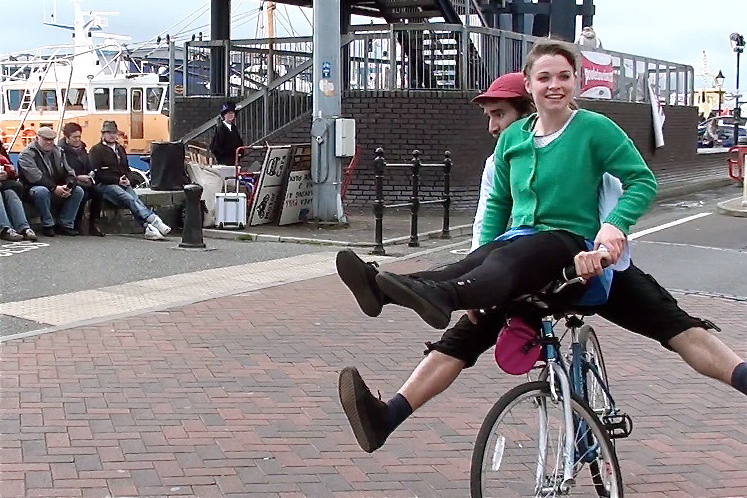 Following the evolving relationship of a brother and sister growing up on, off, over and around their bikes, ‘The Bunny Hop looks at differing male/female approaches to cycling.  Spectacular bike tricks, fast paced choreography and moments of comedy, chart the sibling’s journey, as they bicker, push, pull, giggle and wheel their way to adulthood. 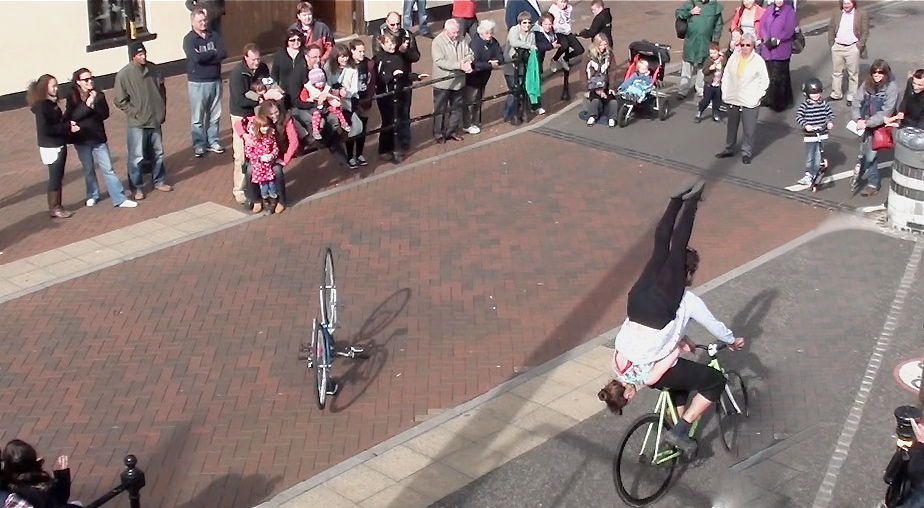 The Bunny Hop was re-developed in 2012, following a pilot in 2011.  The show is directed by David Bernstein of Strangelings, with Choeography by Janine Fletcher, with two exciting, dance artists, Miranda Letten and Marc Saad.

Images from the 2011 pilot, with Paddy Waters and Mary Eddowes. 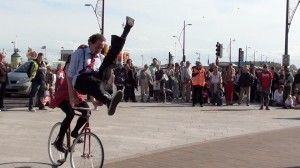 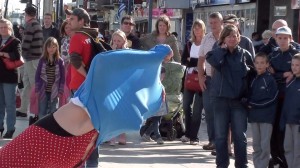 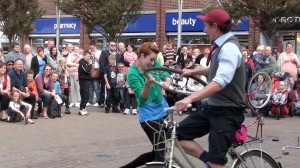 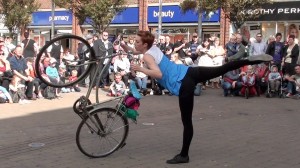 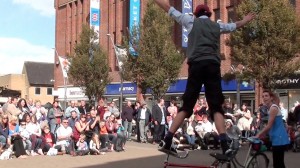 This entry was posted in Productions-cat. Bookmark the permalink.